Home » About Your Guide

Welcome! My name is Dave Spaid. I was born and raised on our family farm near Pierre, South Dakota. My great grandfather homesteaded near this area in 1902 and purchased his land through the Homestead Act. His farm was located in an area of an old Indian encampment. During his first years on the farm, some of the remaining Indians would occasionally ride up from the Missouri River and attempt to trade items. His wife died at an early age, leaving him with three children to raise by himself. Each of them married and built their own family farms. I now represent part of the fourth generation. 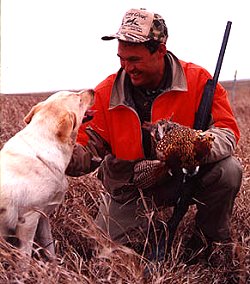